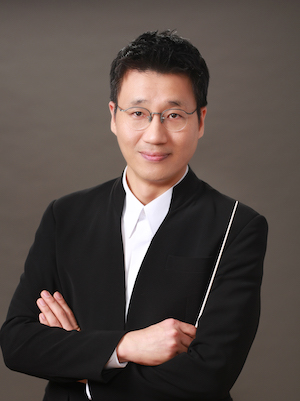 Sang-Yun Choi is the Principal Conductor of the Jeju Provincial Seogwipo Chorale (JPSC), where he was appointed in 2019. Dr. Choi is known as one of the most promising young conductors in South Korea. Prior to joining at JPSC, he led one of the professional choirs, Andong Civic Chorale (ACC) from 2013 to 2018. As a guest conductor, he also served for the Ulsan Civic Chorale, the Yangsan Civic Chorale, and Daegu Music Teachers’ Choir, etc.

Prior to his appointment at JPSC, as an educator, Dr Choi served on the adjunct professor of the Kyungpook National University where he led the university choir consisting of music major students. In 2013, the Graduate School of Education Kyunghee University presented him with the Outstanding Adjunct Professor Award.